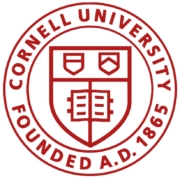 Professor Klement earned his LLB in Law and BA in Economics and was a member of the Disciplinary Program for oustanding students in Tel Aviv University. After practicing law for several years in a private law firm in Israel  he went to Harvard where he earned his SJD degree.  He was a fellow at the Harvard Program on Negotiation and has taught at the Harvard college and at the Law school's graduate program.

In 2000 he joined the law faculty at IDC Herzliya, where he founded the Class Action Clinic. In recent years he has visited and taught at Columbia University, Boston University and University of Texas at Austin in the U.S., and at the Universities of Bologna, Italy, Lion, France, and Vienna, Austria.

In 2015 he joined the Tel-Aviv law faculty, and in 2017-2021 he served as the Director of the Cegla Center for Interdisciplinary Research of the Law (the largest legal research center in Israel).

Professor Klement writes on various subjects in the fields of Civil Procedure, Law and Economics and Law and Social Norms. He specializes in Class Actions, on which he has published most of his articles. He has published in leading law reviews and peer reviewed journals, both in the U.S. and in Israel, and his articles were cited by  the Supreme Court of Israel as well as numerous Appellate Courts' decisions. His publications in English include Internationl Review of Law and Economics, Journal of Law Economics and Organization, California Law Review, Journal of Legal Studies, Journal of Empirical Legal Studies, Stanford Law Review, and Texas Law Review.