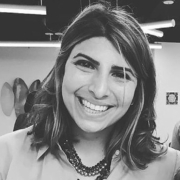 Ava Lubell is a Legal Fellow at the Cornell Law First Amendment Clinic. In her capacity as a Local Journalism Attorney, part of the Clinic’s Local Journalism Project, Lubell provides free legal services to local media outlets and journalists in the New York City region -- both to aid them in their important newsgathering functions and to defend them against attempts to interfere with or suppress their free speech rights. Previously, Lubell served as the General Counsel of Quartz Media. Quartz focuses on global business news and has reporters based in cities around the world, including New York, London, Hong Kong, New Delhi, Nairobi, and San Francisco. In her role, Ava directed legal strategy and worked directly with the newsroom, product, and business teams. Prior to Quartz, Ava worked at Slate as General Manager & General Counsel where, in addition to overseeing Slate’s legal work, she managed the division responsible for day-to-day operations of the business, including HR, IT, and facilities. Ava served as Special Assistant for Briefing under New York Governor Andrew Cuomo, and as the Political Director for the Women & Politics Institute at American University. She is a member of the ABA Communications Law Forum Training and Development Committee and a graduate of NYU Law School and Brown University.