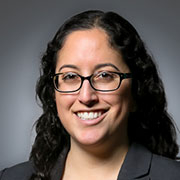 Briana Beltran has been with the Farmworker Legal Assistance Clinic since August of 2016, during which time she has supervised students representing farmworker clients on immigration and employment matters in upstate New York, throughout the United States, and internationally, and has co-taught a lawyering skills seminar to Clinic students. Prior to joining Cornell Law School, she served as a staff attorney for nearly four years at Southern Migrant Legal Services, A Project of TexasRioGrande Legal Aid, Inc., in Nashville, TN. There, she represented migrant farmworkers in a six-state service area on a range of employment matters, including litigation in federal court and preparation of applications for immigration relief based on workplace abuses. The majority of her clients were workers present in the United States on H-2A temporary agricultural visas, and most of her clients’ claims were for violations of the H-2A program regulations, federal and state wage and hour law, and forced labor claims under federal anti-trafficking statutes. She also previously served as a law clerk in federal district court in the Middle District of Tennessee and has worked with workers’ rights organizations including the National Day Laborer Organizing Network and Domestic Workers United. She is a member of the Tennessee and New York State bars, the Clinical Legal Education Association, the AALS Clinical Legal Education Association, and is a board member of the Worker Justice Center of New York. She is a graduate of Stanford University and New York University School of Law, and is a fluent Spanish speaker. Her primary research interests include litigation on behalf of low-wage workers, the employment rights and remedies of farmworkers, and the H-2A temporary foreign worker program.