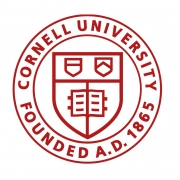 Bruce A. Markell is the Professor of Bankruptcy Law and Practice at Northwestern Pritzker School of Law. From 2013 to 2015, he was the Jeffrey A. Stoops Professor of Law at Florida State University School of Law, and before that he was a United States Bankruptcy Judge for the District of Nevada, a position he had held since 2004. After law school, he clerked for then-judge Anthony M. Kennedy on the Court of Appeals for the Ninth Circuit. Before taking the bench, he practiced bankruptcy and business law in Los Angeles for ten years (where he was a partner at Sidley & Austin), and was a law professor for fourteen.

He is the author of numerous articles on bankruptcy and commercial law, and a co-author of four law school casebooks. He has been a visiting professor at, among other schools, Peking University School of Law in Beijing, and Harvard Law School. He contributes to Collier on Bankruptcy, and is a member of Collier ’s editorial advisory board. He is a conferee of the National Bankruptcy Conference, a fellow of the American College of Bankruptcy, a charter member of the International Insolvency Institute, and a member of the American Law Institute. He is a founding member of the NITA-trained faculty of the Advanced Consumer Bankruptcy Practice Institute.

Professor Markell also consults with the International Monetary Fund on insolvency-related issues (having been part of the IMF’s missions to Ireland, Bosnia, Belarus, Montenegro, Serbia, Georgia, and Greece), and was the primary drafter of Kosovo’s current bankruptcy law. He is an associate editor of the Bankruptcy Law Letter, and regularly contributes articles to that publication.