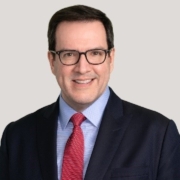 Daniel R. Alonso’s law practice focuses on white collar defense of corporations and individuals, internal investigations, complex civil litigation, compliance counseling, and monitorships. Mr. Alonso is a Partner in the New York office of Buckley LLP, and over many years of practice has represented public and private companies across many industries, as well as corporate executives and government agencies, before the United States Department of Justice and numerous other federal and state enforcement agencies. He also advises clients on compliance with the Foreign Corrupt Practices Act (FCPA), anti-money laundering under the Bank Secrecy Act (BSA), and the U.S. sanctions regimes administered by the Office of Foreign Assets Control (OFAC), among other matters.

Mr. Alonso has more than 30 years of criminal, civil, and compliance experience. He served in the United States Attorney’s Office for the Eastern District of New York for nearly a decade, including three years as Chief of the Criminal Division, and was later the Chief Assistant District Attorney in the Manhattan District Attorney’s Office. In between, Mr. Alonso was in private practice at a large New York law firm, and just prior to returning to private law practice in early 2020, he served as Managing Director and General Counsel at global compliance firm Exiger. From 1995-1996, he served as law clerk to Judge Joseph W. Bellacosa of the New York Court of Appeals. He has also served, by appointment of the Governor of New York, as a member of the New York State Commission on Public Integrity.

Over many years of public service, Mr. Alonso received numerous awards, including the New York City Bar Association’s Henry L. Stimson Medal, given to outstanding Assistant U.S. Attorneys; the District Attorneys Association of the State of New York’s Robert M. Morgenthau Award; and the Fund for Modern Courts’ John J. McCloy Award, for his contributions to improving the judicial system. He is also a four-time recipi-ent of the Justice Department’s Director’s Award for Superior Performance as an Assistant U.S. Attorney. In addition, he has served as Chair of the Council on Criminal Justice of the New York City Bar Association and as co-Chair of the New York State White Collar Crime Task Force.