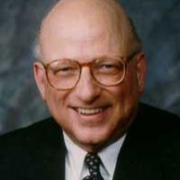 David B. Lipsky is the Anne Evans Estabrook Professor of Dispute Resolution in the School of Industrial and Labor Relations, and Director of the Scheinman Institute on Conflict Resolution at Cornell University. He served as Dean of the School of Industrial and Labor Relations at Cornell from 1988 until 1997 and has been a member of the Cornell faculty since 1969. He also served as the national president of the Labor and Employment Relations Association (formerly the Industrial Relations Research Association) in 2006.

In his research and teaching activities, Professor Lipsky primarily focuses on negotiation, conflict resolution, and collective bargaining. He is the author of over seventy articles and chapters in books, and the author or editor of fifteen books and monographs. He is the co-author (with Ronald L. Seeber and Richard D. Fincher) of Emerging Systems for Managing Workplace Conflict, published by Jossey-Bass in April 2003. He is also the co-editor (with Thomas A. Kochan) of Negotiations and Change: From the Workplace to Society, which was published by the Cornell University Press in February 2003.