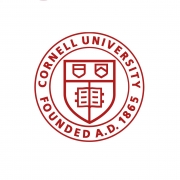 Emily Kadens is a Professor of Law at Northwestern Pritzker School of Law. She is a legal historian with a particular focus on the medieval and early modern history of commercial law and practice. She has a JD from the University of Chicago and a PhD in medieval history from Princeton.

Kadens current work examines commercial cheating in sixteenth- and early seventeenth-century England. She has also written extensively on how custom does—or does not—function as law, the concept of the law merchant, and the early history of English bankruptcy. Her article on the history of judicial education in England won the 2010 Sutherland Prize from the American Society of Legal Historians for the best paper in English legal history, and her article on an early eighteenth-century bankruptcy scam won the 2011 Editors' Prize from the American Bankruptcy Law Journal.

Kadens has been a Kluge Fellow at the Library of Congress and received the Richard & Diane Cummins Legal History Research Grant at George Washington University Law School.

Prior to joining Northwestern, Kadens was the Baker and Botts Professor in Law at the University of Texas at Austin, and she clerked for the Honorable Danny J. Boggs on the U.S. Court of Appeals for the Sixth Circuit. Kadens teaches Contracts, Torts, Complex Commercial Contracting, and Legal History.