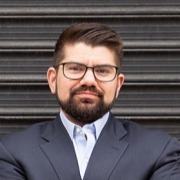 Ezra Young is a nationally recognized scholar and civil rights attorney based in New York. He is a visiting assistant professor of law at Cornell Law School and currently maintains a boutique private practice.

Ezra’s scholarly work has two strands. The first explores the rights of trans persons and is situated in the nascent field of critical trans legal theory. The second strand looks at innovative equitable remedies and is at the intersection of federal courts, civil procedure, remedies, and constitutional law. Ezra’s academic writing has appeared in or is forthcoming in books and articles published by Routledge, Oxford University Press, the New Press, American Psychologist, California Law Review Online, Cleveland State Law Review, and Plastic and Reconstructive Surgery.

Ezra’s litigation centers on trans rights and focuses on rights of recognition, employment protections, and health care and insurance coverage issues. Ezra has litigated trans rights cases in courts and agencies throughout the nation. Highlights include winning an order from the Medicare Appeals Council directing a health plan to cover vaginal reconstruction surgery for a transgender woman; winning an Equal Employment Opportunity Commission precedent finding transgender exclusions in FEHB plans violate federal EEO laws; three pathbreaking co-litigations with the Equal Employment Opportunity Commission and U.S. Department of Justice vindicating transgender worker’s rights under Title VII and the Americans with Disabilities Act; successfully advocating with large public and private entities to drop transgender exclusions from their health plans; and serving as lead counsel in a first of its kind transgender sex discrimination jury trial where he secured a historic $1.165M damages award.

Ezra currently serves as vice president of the board of the Jim Collins Foundation. He is a founding board member and past co-chair of the National Trans Bar Association. He previously served as legal director of the African American Policy Forum, research director of the Columbia Center for Intersectionality and Social Policy Studies, and director of impact litigation of the Transgender Legal Defense and Education Fund,Inc.

Ezra received his BA in Philosophy from Cornell University and his JD from Columbia Law School. While a law student, Ezra served as Executive Managing Editor of the Columbia Journal of Gender and Law and Online & Consulting Editor of the Columbia Journal of Race and Law. From 2012 to 2014, Ezra was a postdoctoral scholar at Columbia Law School. His post doctoral studies focused on trans rights, Critical Race Theory, and intersectionality and were supervised by renowned scholar Kimberlé Crenshaw.