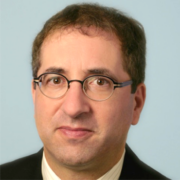 Gregory Jaffe is an Adjunct Professor of Law at Cornell Law School for the fall semester 2020, as well as a Visiting Professor of Practice in the College of Agriculture and Life Sciences’ Global Development Department (fall 2019 to the present).

Greg is the Director of the Project on Biotechnology for the Center for Science in the Public Interest (“CSPI”), a non-profit consumer organization located in Washington, DC.  Mr. Jaffe started at CSPI in 2001 after a long and distinguished career in government service as a Trial Attorney for the U.S. Department of Justice’s Environmental and Natural Resources Division and as Senior Counsel with the U.S. EPA, Air Enforcement Division.  His areas of expertise include environmental law and policy, food and agriculture law and regulation, and agricultural biotechnology and biosafety law.  He was a member of the U.S. Agriculture’s Advisory Committee on Agricultural Biotechnology and 21st Century Agriculture from 2003-2008 and from 2011-2016.  He was also a member of FDA’s Veterinary Medicine Advisory Committee from 2004-2008.  Greg has worked on agriculture and food regulatory issues in the United States and throughout the world, including Kenya, Uganda, Tanzania, Ghana, Malawi, Ethiopia, Nigeria, Indonesia, Vietnam, and the Philippines.   Greg has been an invited speaker at numerous Law Schools (e.g. Harvard, Georgetown, and UCLA) and Universities around the country (e.g. Michigan State, Ohio State, and UC Riverside).

Greg earned his BA with High Honors from Wesleyan University in Biology and Government and then received a law degree from Harvard Law School.