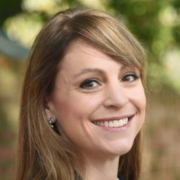 Hannah Freedman is a Staff Attorney at Justice 360, a non-profit organization that works to advance equality in the criminal justice system. Hannah represents people sentenced to death, children facing death-in-prison sentences, and adults who were sentenced to life without parole as children. Her work also involves empirical and historical studies of the criminal justice system. Prior to starting at Justice 360, Hannah was a clerk for Justice Harold E. Eaton of the Vermont Supreme Court and Judge Richard C. Wesley of the United States Court of Appeals for the Second Circuit. She is a graduate of Cornell Law School and Duke University.