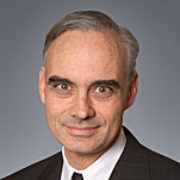 Mr. Dabney was elected to membership in the American Law Institute in 1992. He has lectured on patent law to professional audiences throughout the United States and in Europe and Asia, including at the European Patent Office and the Korean Intellectual Property Office.

Mr. Dabney is a member of bar of the States of New York and New Jersey; the Courts of Appeals for the Second, Third, Fourth, Fifth, Sixth, Seventh, Eighth, Ninth, Tenth, Eleventh, and Federal Circuits; the Supreme Court of the United States; and various federal district courts throughout the country.