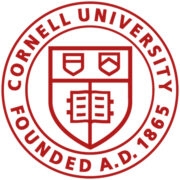 Jared Carter is an Adjunct Professor in the Cornell Law School First Amendment Clinic. He is a graduate of Vermont Law School where, in addition to serving as an articles editor on the Vermont Journal of Environmental Law, he received an Equal Justice Foundation Fellowship to litigate a First Amendment challenge to U.S. Treasury Department Regulations prohibiting travel to Cuba. A veteran attorney and advocate for social, legal, and economic justice, Professor Carter was a law clerk to Justices William Leaphart, Jim Rice, and Jim Nelson at the Montana Supreme Court. For more than a decade, Professor Carter has taught and practiced law.  His has research and expertise in the First Amendment, Appellate Advocacy, Movement Lawyering, and Comparative Law.  In addition, he has developed study away courses that take students to Cuba to learn about the Cuban legal system. An active member of the Vermont bar (NY Admission pending), Jared also directed the Vermont Community Law Center and the Vermont Law School Appellate Project, litigating constitutional rights issues in state and federal court. Professor Carter has a wealth of relevant experience and is dedicated to bringing his diverse background to the classroom. Professor Carter is an avid outdoors-person—backpacking, canoeing and fly-fishing in the warmer months, and cross-country skiing in the winter. Despite the fact that Vermont is landlocked, Professor Carter also enjoys surfing and does so in the frigid waters of the New England coastline.