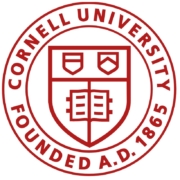 Jeffrey Yates is a Professor of Political Science at Binghamton University. His research focuses on law and courts, the presidency, state politics and public policy. His 2002 book, Popular Justice, examined interactions between the presidency and the U.S. Supreme Court and analyzed competing influences on executive success before the High Court. Professor Yates has published his research in a variety of journals including the Journal of Politics, State Politics & Policy Quarterly, Washington & Lee Law Review, Stanford Law & Policy Review, British Journal of Political Science, Cornell Journal of Law and Public Policy, Political Research Quarterly and Political Behavior, among others. Prior to joining the Binghamton faculty in 2008, Yates practiced law and subsequently served on the political science faculty at the University of Georgia. He teaches courses on criminal justice, criminal law, the rights of accused citizens, judicial politics and the presidency, among others.