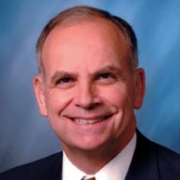 John M. Rogers has been a circuit judge on the U.S. Court of Appeals for the Sixth Circuit since 2002.  He served for six years (three years as chair) on the Judicial Conference Committee on Codes of Conduct.  Before appointment to the bench, he was a law professor at the University of Kentucky, where he taught Administrative Law, International Law, Constitutional Law, and Torts.  His publications include Administrative Law (Wolters Kluwer casebook, 5th ed. 2021, with Healy, Krotoszynski, and Barnett), International Law and United States Law (Ashgate 1999), and numerous articles.  Rogers practiced as an appellate litigator in the Civil Division of the U.S. Department of Justice in 1974-78 and again, as a visiting professor, in 1983-85.  He taught as a Fulbright lecturer in law for two different years in China, at the Foreign Affairs University in Beijing in 1987-88 and at Zhongshan University in Guangzhou 1994-95.  He is a member of the American Law Institute and the Council on Foreign Relations.  He graduated from the University of Michigan Law School in 1974.