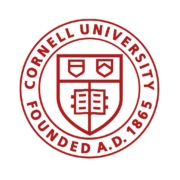 Throughout his legal career, Judge Feldman has been actively involved in legal and judicial education.  He has been a featured speaker in many local, state, national and foreign legal education seminars and programs.  In 2000, Chief Justice William H. Rehnquist appointed Judge Feldman to the Magistrate Judge Education Committee and then as Chair of the Committee in 2005.  In 2012, Chief Justice John Roberts appointed Judge Feldman to the Board of the Federal Judicial Center, the education and research agency of the judicial branch.  For over a decade Judge Feldman served as the primary instructor of federal criminal practice and procedure for new magistrate judge training at Federal Judicial Center training programs.

Judge Feldman has long been active in efforts to ensure that individuals unable to afford counsel receive the highest level of criminal defense services pursuant to the Sixth Amendment.  In 2009 Chief Justice John Roberts appointed Judge Feldman to the Judicial Conference Committee on Defender Services, the governing body for the Federal Public Defender program and the Criminal Justice Act (CJA).  In 2016 Judge Feldman was invited to testify before the Ad Hoc Committee to Review the Criminal Justice Act Program, a committee created by Chief Justice Roberts to conduct a comprehensive and impartial review of the CJA Act.

Drawing upon his experience teaching federal judges and practitioners, Judge Feldman has been teaching Federal Criminal Practice at Cornell Law School since 2013.  The course is not a traditional law school course.  There is no casebook; all the materials utilized in the course are from or based on charging documents, pleadings, discovery materials and transcripts from recent federal court proceedings.  The course is interactive and practical.  Students engage in oral advocacy exercises based on actual cases and participate in lively case related discussions intended to enhance their legal reasoning and persuasive advocacy skills.  The course also utilizes guest speakers, including federal prosecutors, federal public defenders and private defense counsel. During the semester, there is an optional trip to Federal Court in Rochester for an interactive presentation by a computer forensic expert on the growing use of technology in the investigation, prosecution and defense of criminal charges.