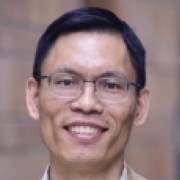 He has served as Associate Chair (2015-2016) and then Chair of the Department of Historical and Cultural Studies at UTSC (July 2016-June 2019). After completing two terms of service as President (2014-2017) of the International Society for Chinese Law and History, he has been a director of that scholarly association, and has been a member of the editorial board of the Law and History Review since 2013.