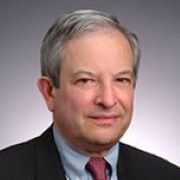 Nicholas Rostow is a Senior Partner with the firm of Zumpano, Patricios & Popok PLLC in New York, NY.  He also is a Senior Research Scholar at the Yale Law School.  He will be a visiting professor of law teaching international law at Cornell Law School during the spring 2022 semester.

Prior to joining Zumpano, Patricios& Popok, Mr. Rostow was in individual private law practice.  He also held the Charles Evans Hughes Visiting Chair of Government and Jurisprudence at Colgate University, 2016-18, and, in 2018, simultaneously the Sol M. Linowitz Visiting Professorship of International Relations at Hamilton College.  Before joining the Colgate faculty, he served as University Professor at the National Defense University, specializing in international and national security law and affairs and U.S. government and international decision-making in foreign and national security policy.  He served as Senior Director of the Center for Strategic Research, Institute for National Security Studies at the National Defense University, 2011-15.

Prior to joining NDU in September 2010, Professor Rostow served for more than 4 years as University Counsel and Vice Chancellor for Legal Affairs and tenured full professor at the State University of New York.  His public service positions include:   General Counsel and Senior Policy Adviser to the U.S. Permanent Representative to the United Nations, 2001-05; Charles H. Stockton Chair in International Law, U.S. Naval War College, 2001; Staff Director, Senate Select Committee on Intelligence, 1999-2000; Counsel and Deputy Staff Director to the House Select Committee on Military/Commercial Concerns with the People’s Republic of China, 1998-99; Special Assistant to Presidents Reagan and George H.W. Bush for National Security Affairs and Legal Adviser to the National Security Council under Colin Powell and Brent Scowcroft, 1987-93; and Special Assistant to the Legal Adviser, U.S. Department of State, 1985-1987.