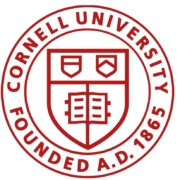 He serves as principal investigator for “Insurance contract in the 21st century” funded by the National Science Center in Poland, and as a governing board member of the Polish Association of Law & Economics.