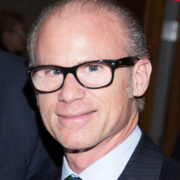 Randy Zelin is a noted trial attorney with a concentration in white collar criminal defense as well as complex civil litigation matters. He has been named a New York Super Lawyer in consecutive years from 2011 through 2020, and has over 30 years of experience defending individual and corporate clients in both State and Federal Courts across the United States.

Zelin, who started his career as a prosecutor, has represented many types of business organizations, boards of directors, special committees, professionals and individuals in all aspects of criminal, regulatory, self-regulatory and civil matters, including frauds related to securities, banking, tax, customs, bankruptcy and insurance to name a few.

A highly sought after legal commentator for the media, Zelin regularly appears on Fox News, Fox Business Channel, CNN, CBSN, CNN Headline News, Bloomberg i24 News, AP News, Law and Crime, Yahoo Finance and local network television and in the New York Law Journal , the New York Times and the Wall Street Journal, where he offers his expertise on a wide range of legal issues and cases.

Zelin has lectured at continuing legal education programs on criminal law and procedure and has taught as a guest instructor in various local law schools’ trial advocacy programs, as well as for the National Institute for Trial Advocacy. Recent topics Zelin has offered his expertise on in the media include “Takeaways from Michael Cohen’s Testimony” for the Associated Press and “The Precarious Role of Defense Lawyers in White-Collar Crime” for the New York Law Journal.

Zelin has successfully defended many high-profile cases. He received world-wide acclaim for his representation of scion of the Fiat industrial dynasty, as he negotiated and obtained a dismissal of all criminal charges against Mr. Elkann before charges were ever filed in court. In another case, Zelin successfully defended a federal insider trading case where the government dismissed the case after the jury could not reach a verdict and a mistrial was declared.

Zelin is known throughout the United States as having successfully gotten a 345-month downward variance for a celebrity client in a federal securities fraud case. His greatest achievements, however, are those that never come to light – where the problem is solved before there even is a problem, where the high-profile client’s problems get no publicity, and where the client never sees the inside of a courtroom.