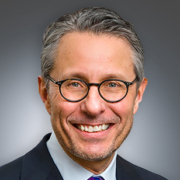 Richard L. Reinhold is a Professor of the Practice.

Mr. Reinhold comes to Cornell Law School after many years in private law practice in New York City where he specialized in business taxation matters. As head of the tax group of a major Wall Street law firm he was responsible for domestic and international tax planning relative to mergers and acquisitions, investment funds, corporate restructurings, financing transactions and tax controversy matters at the federal and state level. Prior to his tenure as a tax practitioner in New York, Mr. Reinhold served in the Office of Tax Policy in the United States Department of the Treasury in Washington, D.C. Since the early 2000s Mr. Reinhold also taught international tax courses in the Graduate Tax Program of New York University's School of Law.

While in active law practice, Chambers USA ranked Mr. Reinhold as a "Senior Statesman" in tax law in New York City. In prior periods Chambers identified him as a "leading individual" in New York tax practice. Mr. Reinhold is also recognized in The Best Lawyers in America, Who's Who Legal, Best of the Best USA (one of the top 30 tax practitioners in the United States) and New York's Magazine's "Best Lawyers in New York" (one of eight lawyers named). Mr. Reinhold is a former Chair of the New York Bar Association Tax Section, a Fellow of the American College of Tax Counsel, a member of the Practice Council of the New York University School of Law International Tax Program, and a member of the Tax Forum and the Tax Club. He has lectured and written widely on federal income tax matters.