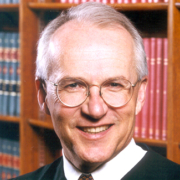 Judge Wesley engaged in the private practice of law from the time of his admission to the New York Bar in 1975 until 1986. During three years of that period, 1979 until 1982, he also served as assistant counsel and chief legislative aide to New York Assembly Minority Leader James L. Emery. In 1982, Judge Wesley was himself elected to the Assembly (and was re-elected in 1984)representing Livingston, Allegany, and Ontario Counties.

In 1986, Judge Wesley was elected to a 14-year term as a Justice of the New York Supreme Court from the Seventh Judicial District. He served as Supervising Judge of that district's criminal courts from 1991 to 1994. In 1994 he was appointed by Governor Mario Cuomo to the Supreme Court Appellate Division, Fourth Department. In 1997, he was appointed a Judge of the New York Court of Appeals by Governor George Pataki, a position he held until joining the Federal judiciary.