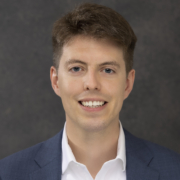 Riley Keenan is a visiting assistant professor at Cornell Law School, where he teaches Civil Procedure for LLMs and a seminar on Constitutional Remedies. His research examines the procedural aspects of constitutional litigation, including equitable remedies, justiciability, and preclusion. His work has appeared or will appear in the Cornell Law Review, the Alabama Law Review, and the University of Pennsylvania Journal of Constitutional Law.

Professor Keenan’s latest project, Judge-Made Equity, critiques a recent shift in the Supreme Court’s approach to determining the equitable remedies available in federal court. For most of the nation’s history, the paper argues, federal courts used a mix of precedent and policy to modify traditional equitable remedies to accommodate the needs of a changing society. A few decades ago, however, the Supreme Court began to require specific historical antecedents for federal equitable remedies-at times looking to English equity practice in 1789. Although ostensibly designed to reconcile modern federal equity with its past, this new method in fact represents a dramatic break from equity’s history-a break that the Supreme Court and scholars have not fully acknowledged, and that finds no justification in history, policy, or precedent. For all these reasons, Professor Keen argues that the Court should abandon its new approach-and, if the Court refuses, Congress should step in. The full article, which is forthcoming in the Alabama Law Review, is available on SSRN: https://papers.ssrn.com/sol3/papers.cfm?abstract_id=4011398.

As a practicing attorney, Professor Keenan drafted amicus and certiorari-stage briefs in the U.S. Supreme Court, merits briefs in the federal courts of appeals and state high courts, and dispositive motions and pleadings in the federal district courts and state trial courts. Professor Keenan also maintained a robust pro bono practice, including an appeal in which he persuaded the Ninth Circuit to reinstate the constitutional claims of a pretrial detainee held in solitary confinement for two-and-a-half years, leading to a favorable settlement on remand. Professor Keenan also contributed to an amicus brief by the Southern Poverty Law Center in Bostock v. Clayton County, the landmark case in which the Supreme Court recognized equal rights for LGBTQ+ people under Title VII.