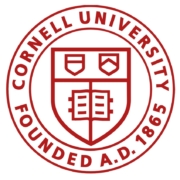 Santiago Mollis is a J.S.D. Candidate from Argentina. He holds a law degree from Universidad de San Andrés and obtained his LL.M. at Cornell Law as a Fulbright-Argentine Ministry of Education scholar in 2018. His current research is located at the intersection of criminal law and political theory to explore a normative justification of a victim-oriented response to crimes.

During his J.S.D., Santiago collaborated with the Cornell Center on Death Penalty Worldwide and Cornell Law’s Gender Justice Clinic. Before joining Cornell, he clerked for the Public Prosecutor’s Office within the Federal Criminal Appellate Court in Buenos Aires. He also worked as a teaching assistant at the Universidad de Palermo and Universidad de Buenos Aires, and has served on the editorial board of several law journals in Argentina. Santiago has published academic articles and chapters in various Argentinian law journals and edited volumes.