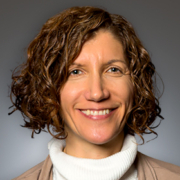 Sherry F. Colb earned an A.B. from Columbia College (Valedictorian) and a J.D. from Harvard Law School. She clerked for Judge Wilfred Feinberg of the United States Court of Appeals for the Second Circuit and for Associate Justice Harry A. Blackmun of the United States Supreme Court. She was a member of the Rutgers University School of Law faculty in Newark when she joined the Cornell faculty and has also held the position of Visiting Professor at the University of Pennsylvania School of Law and Columbia Law School.

She has co-authored a book about the connection between animal rights and fetal rights, Beating Hearts: Abortion and Animal Rights, published by Columbia University Press in 2016. She has also published a book about animal rights, Mind If I Order the Cheeseburger? And Other Questions People Ask Vegans (Lantern 2013) and a book about the modern challenges of sex equality, When Sex Counts: Making Babies and Making Law (Rowman & Littlefield 2007). She composes a bi-weekly column on Justia’s Verdict as well as regular posts on the blog, Dorf on Law.

She is admitted to the New York Bar and the U.S. Supreme Court Bar.