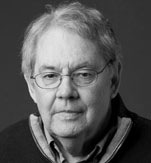 Steven H. Shiffrin is the Charles Frank Reavis Sr., Professor of Law Emeritus at Cornell Law School. He began his law school teaching career at UCLA in 1977, receiving tenure in 1981. He has been a visiting professor of law at Boston University, Harvard University, Seattle University, and the University of Michigan. He joined the Cornell faculty in 1987.