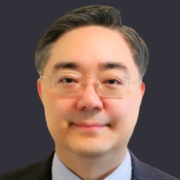 Professor Lee is a lawyer, economist, and international relations scholar with internationally-recognized authority in law and development and international trade law. He is currently Director and Professorial Fellow of the Law and Development Institute and Visiting Professor of Law, University of Nebraska College of Law. He has also taught and conducted academic research at prominent universities throughout the United States, Europe, and Asia for twenty years. He graduated with a degree in economics and academic distinction from the University of California at Berkeley and received law degrees from the University of Cambridge (B.A., M.A., Ph.D). He is licensed to practice law in multiple jurisdictions, including the United States (California and North Carolina) and the United Kingdom.

Professor Lee has published over one hundred academic articles, books, chapters, and shorter notes with leading publishers in North America, Europe, and Asia, in the areas of international economic law, law and development, development/institutional economics, comparative law, and international commercial arbitration. He has developed the “General Theory of Law and Development” and the “New General Theory of Development Economics,” which examines the causal mechanisms by which law impacts development and analyzes the constituent elements of economic development, respectively. He is currently an associate editor of the Journal of World Trade and the founding editor-in-chief of the Law and Development Review.