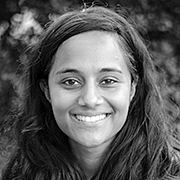 Zohra is a Clinical Teaching Fellow in the Cornell Center on the Death Penalty Worldwide, where she co-teaches and co-supervises the International Human Rights Clinic. She assists in the representation of individuals serving death sentences in the United States, Tanzania and Malawi, by using international human rights law and bodies to exert pressure on domestic authorities. In 2020, she received Cornell Law’s Anne Lukingbeal Award for Service to Women Students. She is also a strategic advisor to the Community Justice Exchange, home of the National Bail Fund Network, where she supports efforts around the country to end criminalization, detention and surveillance. Before Cornell, she was a public defender at the Legal Aid Society in New York City, where she represented individuals charged with crimes ranging from misdemeanors to homicides. While a public defender, she founded Court Watch NYC, a community-led program to monitor criminal court proceedings and hold prosecutors accountable. In law school, she trained at the Center for Constitutional Rights and the ACLU, and focused on challenging US drone wars in Pakistan and Yemen. She has also participated in and led human rights investigations in the Occupied Palestinian Territories, Israel and Bolivia. She speaks French and Urdu, and is conversational in Mandarin.
READ MORE
Cornell Law School Legal Studies Research Paper Series on SSRN
View a collection of peer-reviewed research by Cornell Law School faculty.