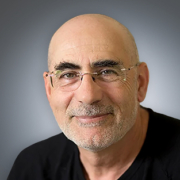 His research interests span philosophy of law, moral, social and political philosophy, and philosophy of language. Marmor published dozens of articles, six book monographs and a number of edited volumes. His most recent books include Social Conventions: from language to law (Princeton, 2009), Philosophy of Law (Princeton, 2011) and The Language of Law (Oxford, 2014). His books and articles also appeared in numerous translations, including in Chinese, Spanish, Portuguese, Hebrew, and Italian.

Marmor is the founding editor of the Journal of Ethics and Social Philosophy, and the editor of several important volumes in legal philosophy, including, most recently, The Philosophical Foundations of Language in the Law (with Scott Soames, Oxford 2011), and The Routlege Companion to Philosophy of Law.