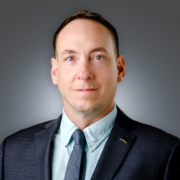 Professor Cox’s work is focused on the related fields of international criminal law, the law involving armed conflict, national security law, and comparative military justice. He is a J.S.D. candidate at Cornell Law School, a visiting scholar at Queen’s Law in Ontario, and he retired in 2018 from the U.S. Army after 22 years of military service.

Prof. Cox’s second law review article was recently published in the current issue of the Canadian Yearbook of International Law. This forthcoming article challenges the effectiveness of the prevailing interpretation of the contemporary use of force model that is centered on a decidedly narrow selection of relevant provisions of the United Nations Charter. He is currently completing a project that conducts a critical assessment of the U.S. military investigation and lessons "learned" following the attack in 2015 on the Médecins Sans Frontières trauma center in Kunduz, Afghanistan. Prof. Cox’s ongoing main writing projects involve topics such as developing a holistic approach to the UN Charter jus ad bellum construct, clarifying the relationship between human rights law and the law of armed conflict in theory and practice, assessing emerging discourse involving the payment of compensation for incidental damage caused in armed conflict, exploring comparative state practice involving prosecution of military members suspected of committing serious violations of the law of armed conflict, developing solutions to ongoing challenges to achieving consensus regarding limitations on emerging technology in warfare, and examining the divergence between official and public narratives following attacks that result in civilian casualties in armed conflict.