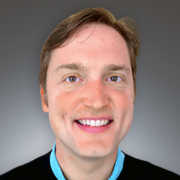 Brian Richardson is an Assistant Professor of Law and the Jia Jonathan Zhu & Ruyin Ruby Ye Sesquicentennial Faculty Fellow at Cornell Law School. His research and teaching interests include international law, constitutional law, and criminal law.  Prior to joining Cornell, Richardson was an Assistant Special Counsel for Robert S. Mueller III. He also clerked for Judge Jed S. Rakoff of the United States District Court for the Southern District of New York, Chief Judge Robert A. Katzmann of the United States Court of Appeals for the Second Circuit, and Justice Stephen G. Breyer of the Supreme Court of the United States.