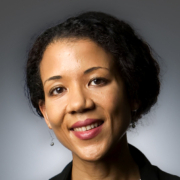 Prior to joining Cornell, Professor Thomas chaired the Law Department of the American University in Cairo, and also served on the University of Minnesota and Fordham University law faculties. She has been a Visiting Professor teaching international economic law at institutions such as Harvard Law School, Stanford Law School, the Center for Transnational Legal Studies in London, and Soochow University in China.

Professor Thomas has consulted for the USAID Bureau for Democracy, Conflict, and Humanitarian Affairs, and she has served on the the U.S. State Department’s Advisory Committee on International Law, and as Vice President, and on the Executive Council, of the American Society of International Law.