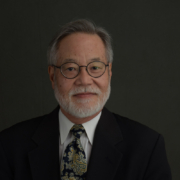 Charles Kamasaki is Senior Advisor to UnidosUS, formerly the National Council of La Raza (NCLR), the nation’s largest Hispanic civil rights and advocacy organization, where his portfolio includes assisting with the organization’s work on immigrant integration, racial equity, and other selected institutional projects. Previously the Executive Vice President of NCLR, he managed NCLR’s research, policy analysis, and advocacy activity over three decades, and also served in other capacities.

Kamasaki has authored, co-authored, and supervised the preparation of dozens of policy and research reports, journal articles, and editorials; testified frequently at Congressional hearings; coordinated pro bono litigation and legal analysis; and represented NCLR at research and policy conferences and symposia. He is Treasurer of America’s Voice Education Fund and Chaired the National Community Reinvestment Committee, the National Immigration Law Center, and the Compliance and Enforcement Committee of the Leadership Conference on Civil Rights. He has served on numerous other nonprofit boards of directors, advisory committees, and task forces.