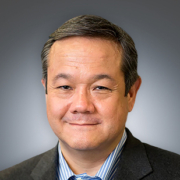 Charles K. Whitehead specializes in the law relating to corporations and other business associations, securities regulation, mergers and acquisitions, and financial regulation.

Before entering academia, Professor Whitehead represented clients in transactions around the world and held senior legal and business positions in the financial services industry in New York and Tokyo, including as a Managing Director of Nomura Securities International (North and South America), Salomon Brothers, and Citigroup. He was the first Citigroup Country Officer for Japan, the head of Citigroup’s Corporate Bank in Japan, and the Chief Operating Officer of its investment bank in Japan.

As an academic, Professor Whitehead was a Research Fellow at Columbia Law School before joining the Boston University School of Law in 2006 and Cornell Law School in 2009. He is also the Founding Director of the Law, Technology and Entrepreneurship Program at Cornell Tech.

Professor Whitehead is the co-author of one of the principal Securities Regulation casebooks in the United States. His current scholarship focuses on securities and financial regulation and corporate governance.

READ MORE
The Nonprime Mortgage Crisis and Positive Feedback Lending
The “great recession” of 2007–2009 was sparked by a bubble in U.S. housing prices, driven in turn by a bubble in nonprime mortgage lending. We collect evidence that the risk of a nonprime housing bubble (not the certainty, but a meaningful risk) should have been obvious to the main participants in the markets for nonprime lending and related mortgage-backed securities (nonprime MBS), including originators, securitizers, rating agencies, money managers, and institutional investors.
Media Coverage
CNN Business
Charles Whitehead Op-Ed: The SEC Alone Can’t Police Billionaire CEOs Like Elon Musk
CNN
Charles Whitehead: What to Know About the Latest Controversy at the 5th Circuit
The Hill
Charles Whitehead Op-Ed: Target Kharkiv: City Exemplifies Ukraine's turn to the West