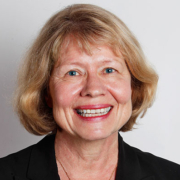 Claire Germain served for 17 years as the Edward D. Cornell Law Librarian. During her tenure, she championed technological and service innovation in the library, and spearheaded the core concept of servicing the faculty and students in their research information needs. Professor Germain also actively advocated for the authentication of digital law and the introduction of a legal research test on the bar exam.

Professor Germain has authored two books, including the award-winning Germain's Transnational Law Research, and numerous articles on legal research and comparative law, including one on French statutory interpretation, which appears in a leading comparative law casebook published by West. She taught a course in French law, both in Ithaca and in Paris for the Summer Institute. For her efforts in bridging the American and French legal cultures, Professor Germain was honored with the Chevalier de la Légion d'Honneur medal, France's highest honor.