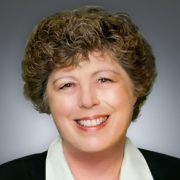 Cynthia Farina a nationally known scholar of the administrative process. She has taught and conducted research in the areas of administrative law and electronic government, the presidency, and due process and separation of powers. She also served as principal researcher in the Cornell e-Rulemaking Initiative (CeRI), working with agencies in the Departments of Transportation and Commerce on theoretical and applied research, funded by the National Science Foundation, to improve agency management of and public access to e-rulemaking.

Professor Farina has served as reporter on a number of national administrative law projects, including on a blue-ribbon cross-disciplinary committee who studied the emerging federal e-rulemaking system, to make recommendations to Congress and the new Administration. She was also one of the reporters of the European Union Project, where she assessed the EU's use of the Internet to increase transparency of, access to, and participation in the Union's very complex government processes. For many years, Professor Farina was co-author of the leading casebook in administrative law and has published numerous articles in her areas of expertise. She is a Fellow of the Administrative Conference of the United States as well as a Lifetime Fellow of the Administrative Law Section of the American Bar Association.

READ MORE
Introduction: The Place of Agencies in Polarized Government
This is one of two complementary essays for a symposium honoring the work of Peter L. Strauss. Also included is the joint introduction. (The second essay is Gillian Metzger, Agencies, Polarization, and the States.) These essays engage one of Strauss’s most germinal writings, “The Place of Agencies in Government: Separation of Powers and the Fourth Branch” to consider whether contemporary polarized politics spells the end of the intricate system of multi-branch control and accountability which, Strauss argued, legitimates administrative agencies.