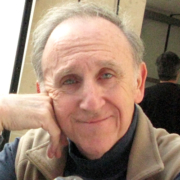 David Lyons is an authority on legal philosophy who has written extensively on utilitarianism and the moral aspects of legal theory.

After receiving his Ph.D. and completing a Knox Fellowship in Oxford, Professor Lyons joined Cornell in 1964, teaching philosophy, and began teaching at Cornell Law School in 1979. He also served as Chairman of Cornell University's Philosophy Department from 1978-1984. He was the recipient of a Guggenheim Fellowship in 1970.

When he retired from Cornell in 1995, Professor Lyons had authored numerous philosophical texts and was a three-time NEH Fellow. He continues to teach legal philosophy at Boston University.