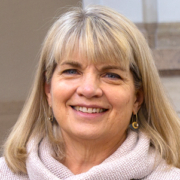 Deborah Streeter is the Bruce F. Failing, Sr. Professor of Personal Enterprise and Small Business Management at the Charles H. Dyson School of Applied Economics and Management. Entrepreneurship and small business management are the focus of Dr. Streeter's teaching, research, and outreach activities. Her research interests include: university-wide models for teaching entrepreneurship, use of digital media in teaching, and gender issues in business and entrepreneurship. Dr. Streeter has received acclaim as an educator, based on her promotion of experiential learning, active learning, and innovative uses of technology inside and outside the classroom. In 2007, Streeter was given the Olympus Innovator Award by the Olympus Corporation. She received the Constance E. and Alice H Cook Award in 2004, Professor of Merit Award in 2002, was named influential to a Merrill Scholar in 1999, 2000, and 2003. Streeter was awarded the 2001 CALS National Food and Agricultural Sciences Excellence in College and University Teaching, and was named a Stephen H. Weiss Presidential Fellow in 2000 (Cornell's most prestigious teaching award). She also received the SUNY Chancellor's Award for Excellence in Teaching in 2000 and the Innovative Teaching Award in 1996.