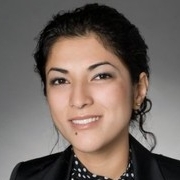 Diora Ziyaeva is a Counsel at Dentons’ New York office. An experienced international arbitration specialist, Diora has been involved in over two dozen international arbitration proceedings, both institutional (ICSID, LCIA, ICC, ICDR, SIAC, HKAIC and SCC) and ad hoc, as well as post-arbitral disputes (annulment and enforcement) for both private and public operators. She has spent over a decade representing corporate clients, states and state-owned entities in investor-state and commercial arbitration proceedings, successfully handling cases ranging in value from $10 million to $20 billion, with experience in energy, oil and gas, mining, telecommunications, construction, and aerospace disputes in Latin America, Central Asia, Middle East, Eastern Europe, Oceania and Africa.

Licensed in New York and Uzbekistan and fluent in seven languages, Prof. Ziyaeva advises parties in international litigations involving proceedings in foreign and domestic courts and has represented parties before the federal and state courts in the United States, including the Supreme Court.

Prof. Ziyaeva is a graduate of Harvard Law School and holds her undergraduate degree in international law from Uzbekistan’s University of World Economy and Diplomacy, where she graduated first in her class. Prof. Ziyaeva is also a Council on Foreign Relations Term Member, and a Certified Mediator with the Centre for Effective Dispute Resolution. She was recognized in 2018 as one of the American Bar Association’s On the Rise – Top 40 Young Lawyers, and in 2021 and 2022 as a "Future Leader" by Who’s Who Legal’ s Arbitration.