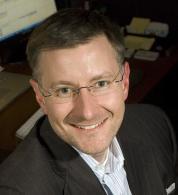 Ed Walters is the CEO of Fastcase, a legal publishing company based in Washington, D.C.  Fastcase is one of the world’s fastest-growing legal publishers, serving more than 900,000 subscribers from around the world.

Before founding Fastcase, Ed worked at Covington & Burling, in Washington D.C. and Brussels, where he advised Microsoft, Merck, SmithKline, the Business Software Alliance, the National Football League, and the National Hockey League. His practice focused on corporate advisory work for software companies and sports leagues, and intellectual property litigation.

He is an adjunct professor at the Georgetown University Law Center and at Cornell Law School / Cornell Tech, where he teaches The Law of Autonomous Vehicles. He is the author and editor of Data-Driven Law (Taylor & Francis 2018).