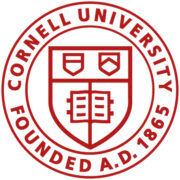 Rabbi Eli Silberstein is the founder and director of the Roitman Chabad Center which was established in 1984. From about 1996 to 2006, he co-taught a course with Professor Jeremy Rabkin at the government department in Cornell's School of Arts and Sciences entitled Legal Reasoning: A Comparative Study of Talmudic Law and  American Law. Rabbi Silberstein subsequently developed a series of courses for the Rohr Jewish Learning Institute which were syndicated to over 200 rabbis world-wide. Among the courses he developed were You Be the Judge, You Be the Judge II, Biblical Reflections, and Talmudic Ethics. He also provided methodological training for the instructors of these courses. Rabbi Siberstein has also participated in a number of CLE panels comparing the approaches of American and Talmudic Law. He was also the developer and trainer  of the course "Wisdom from Sinai", an introductory course about Judaism syndicated to over 100 Chabad on Campus centers.