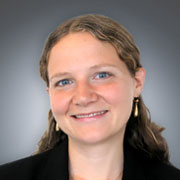 Elizabeth Brundige is a Clinical Professor of Law at Cornell Law School as well as the Assistant Dean for International Programs and Jack G. Clarke Executive Director of International and Comparative Legal Studies. She formerly served as the Executive Director of the Avon Global Center for Women and Justice. Professor Brundige founded and directs the Law School’s Global Gender Justice Clinic, in which students engage in local, global, and transnational efforts to address gender-based violence and discrimination.

Professor Brundige received her B.A. from Yale University, an M.Phil. in Development Studies from Oxford University, and a J.D. from Yale Law School, where she was awarded the Khosla Memorial Human Dignity Prize for her human rights work.

READ MORE
United States Urged to Do More to Address Sexual Violence in the Military Following Clinic Report
On November 9, following many months of advocacy work, members of Cornell Law School’s Gender Justice Clinic watched via Zoom as the Israeli representative on the U.N. Human Rights Council in Geneva urged the United States to do more to address sexual assault in the U.S. military.