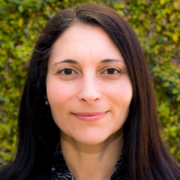 Ellen Eagen started her own law firm as a commercial litigator with a specialty in education law in 2013. Her clients include charter schools in New York and California. Prior to establishing her own firm, she practiced for several years at Morrison & Foerster in San Francisco, California and then at Hiscock & Barclay in Syracuse, New York, handling complex federal and state matters involving intricate motion and pleading practice. She also clerked for the Honorable William H. Alsup of the Northern District of California. Ms. Eagen has represented medical instrument and technology companies, medical groups, educational institutions and television production and broadcast groups. She also has litigated before the American Arbitration Association and before international courts and has served as a special master in the Northern District of California.

As a former teacher at the Brearley School in New York City and as a teacher at a residential special-education school in Amenia, New York, she has had first-hand experience in classroom and instructional matters and has a unique qualification in advising schools and educational entities. She counsels schools on all aspects of governance including discipline, privacy and ethics, employment, and she works with school boards on the formation and operation of charter and private schools. In 2018 she founded a progressive charter high school in Syracuse, New York, for which she serves as the President of the Board of the Trustees.

Ms. Eagen has defended schools in hearings before the Chancellor of Education of New York City and the New York State Board of Regents. A large portion of her practice is devoted to pro bono work including class action work. She represented plaintiffs in a landmark education case, Williams v. State of California, where the courts mandated all public schools must have adequate materials and facilities. In representing plaintiffs, she has been successful in receiving punitive-damage awards by unanimous juries in both New York and California state courts.

For the last several years Ms. Eagen was an instructor at Stanford Law School, where she taught research, writing and federal litigation. From 2012-2014 she taught in the Lawyering program at Cornell Law School and was a Honors Fellow for Lawyering for Professor Joel Atlas while attending CLS.