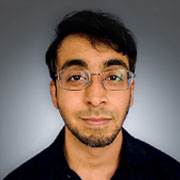 Emad Atiq teaches contracts, legal ethics, and seminars in legal and moral philosophy. His research examines the nature of objectivity in the context of normative reasoning, broadly construed to include reasoning about legal, moral, and epistemic norms.

His published work in the philosophy of law defends the claim that legal facts are partly determined by moral facts; raises a new challenge for opposing views, based on the history of legal systems; and argues the persistent disagreement about the relationship between law and morality undermines claims of objectivity in recent legal theory. Apart from jurisprudence, Atiq has published on the philosophy of contract law, on convention-dependent normative questions, on how judges should reason about moral questions under the law, and on the scope of judicial obligations to follow the law.

His published work in ethics and epistemology includes articles on how to defend broadly ‘expressivist’ views of moral thought and talk; on how best to understand the supervenience of the normative on the non-normative: the fact that it is impossible for things to differ normatively that are non-normatively identical; and on the nature and moral significance of perceptual knowledge Much of this work is guided by the aim of developing a naturalistically acceptable account of the objectivity of moral demands.

READ MORE
"How Folk Beliefs about Free Will Influence Sentencing: A New Target for the Neuro-Determinist Critics of Criminal Law," New Criminal Law Review (2013)
Do recent results in neuroscience and psychology, that portray our choices as predetermined, threaten to undermine the assumptions about “free will” that drive criminal law? This Article answers in the affirmative, and offers a novel argument for the transformative import of modern science.