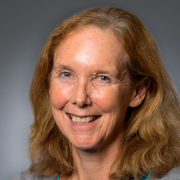 Professor Sherwin specializes in jurisprudence, property, and remedies. She is the author of three books: Ames, Chafee, and Re on Remedies (with Theodore Eisenberg), Demystifying Legal Reasoning, and The Rule of Rules: Morality, Rules, and the Dilemmas of Law (both with Larry Alexander). In addition, she has published numerous book chapters, articles, and reviews in her subjects of specialty.

She was recently a member of the advisory committee for the ALI's Restatement (Third) of Restitution and Unjust Enrichment, and continues to be a regular participant in the North Atlantic Workshop on Private Law Theory and the Analytic Legal Philosophy Conference.