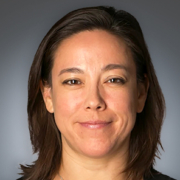 Estelle McKee teaches Lawyering and the Asylum and Convention Against Torture Appellate Clinic.

Following her graduation from Columbia Law School, Professor McKee spent two years as a Pro Se Law Clerk for the U.S. Court of Appeals for the Second Circuit. Afterwards, she worked as an attorney for Catawba Valley Legal Services, an organization in rural North Carolina that represents rural, low-income clients in areas of employment, income maintenance, housing, family, immigration (Violence Against Women Act petitions), and consumer law. She subsequently engaged in appellate and habeas practice for the Virginia Capital Representation Resource Center and worked as an immigration attorney for Lawler & Lawler in San Francisco.

Professor McKee previously taught at the University of Wisconsin Law School (2006-2007) and Cornell Law School (2000-2006), where she received the Anne Lukingbeal Award for outstanding commitment to the women of Cornell in 2006. She has also taught persuasive legal writing to attorneys throughout the United States, including at the National Legal Aid and Defender Association’s Appellate Defender Training in New Orleans, the King County Department of Public Defense in Seattle, and the Habeas Assistance and Training Counsel’s Persuasion Institute at Cornell, and the Cook County Appellate Defender’s office in Chicago. She has also presented to federal appellate court staff and attorneys at the 2019 Joint Circuit Access-to-Justice Conference.

Professor McKee has published articles in Bender's Immigration Bulletin, the Georgetown Journal of Immigration Law, and Perspectives: Teaching Legal Research and Writing. She has also authored chapters in the Immigration Law & Procedure legal treatise, and in Immigration Options for Investors & Entrepreneurs.