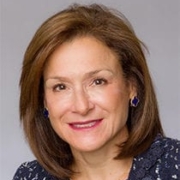 Negotiating complex transactions for clients for over 25 years has led Franci J. Blassberg to be named by The National Law Journal as one of the 50 Most Influential Women Lawyers in America (2007) and one of the 100 Most Influential Lawyers in America (2006). Ms. Blassberg has been recognized by Private Equity International as one of the 30 most influential lawyers in global private equity. She is ranked in band one of The Legal 500 US (2012), Chambers Global (2012) and Chambers USA (2012), where she is noted as “high quality, high energy and excellent.” She has also been noted as a leading private equity transactions lawyer by IFLR1000 (2012) and PLC Which Lawyer? Yearbook (2010). In recognition of Ms. Blassberg’s leadership in the $15 billion Hertz acquisition, she has also been named as a Dealmaker of the Year by The American Lawyer (2006). Ms. Blassberg has deep experience counseling private and public companies in domestic and international acquisitions and divestitures, securities offerings and other transactions.