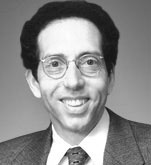 Gary J. Simson is Senior Vice Provost for Scholarship for Mercer University and holds the Macon Chair in Law at the School of Law.

Simson joined the Cornell Law School faculty in 1980 and remained at Cornell until 2006, serving as Associate Dean for Faculty Development from 1997-2000 and as Associate Dean for Academic Affairs from 2000-2004. In 2006 he became Dean and Joseph C. Hostetler-Baker & Hostetler Professor of Law at Case Western Reserve University School of Law. He left Case in 2010 to become Dean of the School of Law and Macon Chair in Law at Mercer. He served as Dean until moving to his current leadership position in the central university in 2014.

Over the years, Simson has taught Constitutional Law, Conflict of Laws, Religious Liberty Clinic, and seminars on freedom of religion and other constitutional law topics. His constitutional law scholarship has addressed such issues as school vouchers, Supreme Court appointments, the death penalty and religion, and single-sex schools. He is also the author of a leading conflict of laws casebook and various articles in the field.

After graduating from Yale Law School, where he was an editor of The Yale Law Journal, Simson clerked for Judge J. Joseph Smith of the U.S. Court of Appeals for the Second Circuit. He began his teaching career at the University of Texas School of Law.