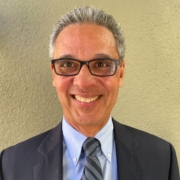 George Higgins was a public defender and trial lawyer from 1988 to 2016 at the Alameda County Public Defender’s Office in Oakland, California. Prior to that, he served as a Navy Judge Advocate and prosecutor at Treasure Island, California on active duty from 1983 through 1986. He has been a Guest Lecturer in the Trial Skills Program at Stanford Law School since 1997. He is a graduate of the University of Michigan Law School.

George’s book of poems There, There was published in 2013. He has been published in the Best American Poetry annual, was a Holden Fellow in the Warren Wilson College MFA for Writers program. He was also a Cave Canem Fellow.