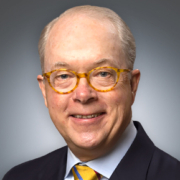 Professor Gregory S. Alexander, an internationally renowned expert in property law and theory, has taught at Cornell Law School since 1985.

Following his graduation from Northwestern University School of Law, he clerked on the U.S. Court of Appeals for the Sixth Circuit. After a year as a Bigelow Fellow at the University of Chicago Law School, Alexander became a professor at the University of Georgia School of Law, where he remained until coming to Cornell. Professor Alexander has been a Fellow at the Center for Advanced Study in the Behavioral Science, in Palo Alto, California and at the Max-Planck-Institutes for Comparative Law, in Hamburg and Heidelberg, Germany. He has taught at UCLA, Virginia, and Harvard Law Schools, and was the Herbert Smith Distinguished Visiting Fellow at Cambridge University.

Professor Alexander is a prolific and recognized writer, the winner of the American Publishers Association's 1997 Best Book of the Year in Law award for his work, Commodity and Propriety. His other books include The Global Debate Over Constitutional Property: Lessons for American Takings Jurisprudence (Chicago), Community & Property (with Eduardo Peñalver) (Oxford), and Properties of Property (with Hanoch Dagan) (Aspen). His most recent book is An Introduction to Property Theory (with Eduardo Peñalver) (Cambridge).