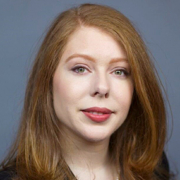 Heather E. Murray is the Managing Attorney of the First Amendment Clinic’s Local Journalism Project.  She previously was a litigation associate at Seyfarth Shaw LLP, where she received a 2018 Burton Award for Distinguished Legal Writing for an article co-authored with Gregory A. Markel.  She also was a litigation associate at Cadwalader, Wickersham & Taft LLP, where she received 2014 and 2016 Legal Aid Society awards after she co-founded a housing clinic for low-income women.  Prior to her legal career, she worked as a journalist at local newspapers in New York.  As a section editor and reporter for the Scarsdale Inquirer, she wrote about local government, education, crime and politics.  Her work also appeared in the Villager, Chelsea Now, and the Rivertowns Enterprise.  She is a graduate of Cornell Law School and of Duke University.  She credits her experience in the Cornell Labor Law Clinic and in the e-Government Clinic, one of President Obama’s flagship open government initiatives, with inspiring and informing her work.  She serves on the board of directors of child welfare agency Forestdale, Inc.